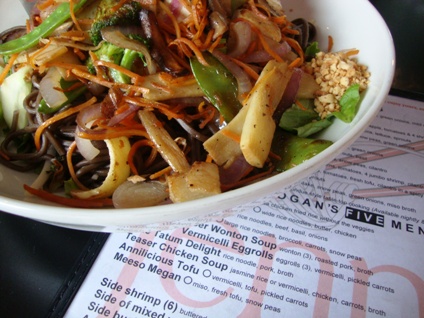 Jenni Tran-Weaver, who came to Houston from Saigon as a young girl in the “first wave” of immigrants after the Vietnam War, insists her restaurant’s food is pan-Asian – with Japanese, Chinese and Thai dishes, plus lots of crossover tastes and techniques. But happily for us all (who love “Grandma cuisine” from any culture), most of what her three Jenni’s Noodle House locations serve is food she remembers from childhood. For instance, TNG (for “Teddy’s Not Gay,” but maybe you shouldn’t ask or tell about that) is possibly the best noodle dish I’ve ever tasted. Created by a customer named Teddy, it started out Japanese but ended up tasting Vietnamese. And I’m glad it did. 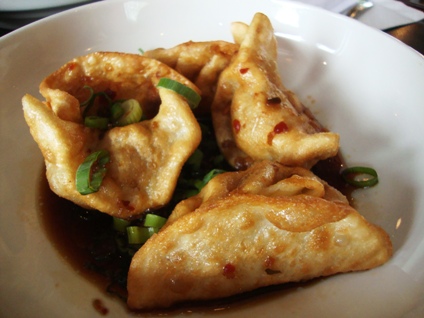 Having never been a fan of steamed or poached anything, the first fried dumplings I ever tasted were at Brandi Ho in San Francisco’s Chinatown. They changed my life. Thanks to Jenni’s, fried dumplings are changing my life in Houston all over again. These are filled with meat, though you’d never know it from looking. Like so many dishes at Jenni’s, though, they are available for vegans. I’m pretty sure anything soaking up this soy-garlic-ginger sauce would be amazing. 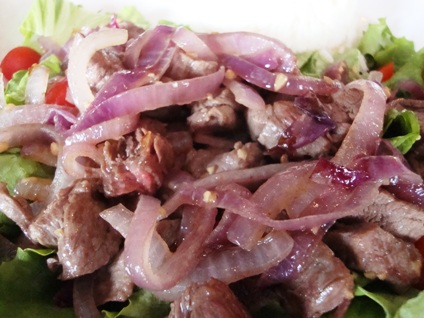 There are several versions of beef salad served at Jenni’s – I think this one is called Scotty’s (yes, as in Beam Me Up), named after the guy who put the Weaver in Jenni Tran-Weaver’s married name. The Vietnamese apparently see nothing strange, perhaps with the hot, humid climate they came from and Jenni came to, ahout putting proteins with lots of cool, crisp greens. The red onions are a super-nice touch. 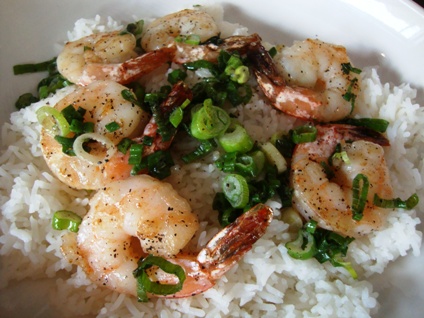 One of the niftiest touches Vietnamese places like to dish up comes under the title “salt and pepper” – even though, yes, almost every savory dish on earth has salt and pepper in it. These salt and pepper shrimp are light and delicious, thanks to those two namesake spices and a little sugar to help things caramelize.  If I can ever get past those dern TNG noodles, I’ll want this for lunch. 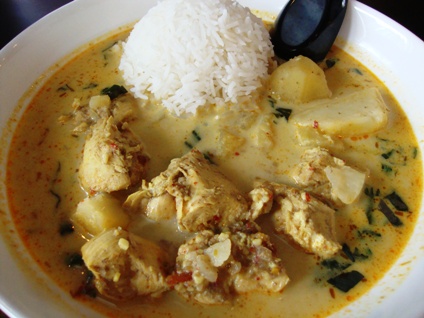 Finally, just to remind us that cultures in Asia don’t just stay put any more than they do anyplace else, Jenni serves several spins on curry. She considers this one (called Infernal Chicken, with its vegan variant known as Art Car) an “Indian curry,” but then she adds coconut milk in the style of Thailand. It isn’t anything like, say, Chicken Tikka Masala, or any other Indian masala, but it sure is great.

I've been a journalist and author forever. My favorite single word in the English language is "foodandwine." This spirit drives my 45 published books and my weekly radio show heard in Houston, Dallas and Austin.
View all posts by John DeMers »
← A Seafood Tasting Menu at Haven
Recipe for Shiner Son of a Gun Stew →